In his youth, Tran Huu Tuoc studied very well at the famous Albe Saro High School, then he was granted a scholarship to study abroad in France. In France, he passed the entrance exam to the Medical University of Paris, defended his excellent doctor’s thesis in 1940. 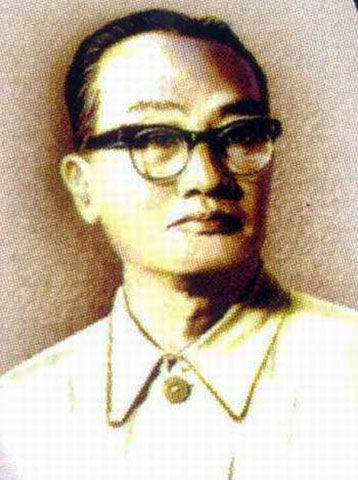 After graduating as a resident doctor in Paris with the thesis “Autologous ear reconstruction method, applied after mastoidectomy”, he passed the exam and worked as an assistant specialist in otolaryngology at Children’s Hospital. Necques in Paris. From 1940-1946, he was appointed first assistant in the department of otolaryngology. During the period from 1936-1946, he published many research works on otolaryngology in journals, some of which were included in the French Medical Encyclopedia. He was also one of the first people to operate on deafness according to the Lemper method. As a famous otolaryngologist, Tran Huu Tuoc was invited to cooperate in teaching and treatment at many hospitals in France, earning high income and living well in magnificent Paris.

On May 31, 1946, President Ho Chi Minh accompanied the Vietnamese delegation to France to attend the Fonteblo Conference. In September 1946, after signing the September 14 Temporary Agreement, the Vietnamese delegation left for the country. Doctor Tran Huu Tuoc and some overseas Vietnamese intellectuals such as: Pham Quang Le (Major General Tran Dai Nghia), Vo Qui Huan… at the call of President Ho Chi Minh to voluntarily give up a rich life in Paris, return to the Fatherland to serve the people.

From the end of 1946, as soon as he returned to Hanoi, Doctor Tran Huu Tuoc and many other intellectuals were determined to build science and education in the new spirit of serving the people, promoting nationalism, and imparting education. latest scientific advances. Doctor Tran Huu Tuoc was invited to teach and build the Department of Otolaryngology at Vietnam University of Medicine and Pharmacy (now Hanoi Medical University). He is a professor who gave a lecture specializing in otolaryngology in Vietnamese for the first time. (Previously, students had to study in French)

In December 1946, when the nationwide resistance war broke out, Dr. Tran Huu Tuoc directly participated in fighting in the Hanoi Front. After leaving the capital, he joined the resistance throughout the inter-zone III, inter-zone IV, endured all hardships to continue building the specialty of otolaryngology. Even when suffering from severe intestinal disease, he still refused to return to the enemy temporarily occupied area for treatment. In the free area, despite the lack of facilities, Dr. Tran Huu Tuoc and his colleagues still built the Central Otolaryngology Clinic in the deep forest. Living in the hearts of the people and colleagues, he shared the sweetness of life with them, the same roof of a shack, the same brown shirt, the same wading skin, and the same heart to serve the patients. He learned a lot of useful things and sometimes, even though he was seriously ill, he was determined not to enter the city for treatment. With that steadfast heart, at first there were only 2 nurses to help him, he still carried on his backpack a set of tools to go to the resistance war to build the ear, nose and throat industry. At first, he built Otolaryngology in Van Dien. The enemy did not leave him alone, he and the department ran away from the enemy to many places and then entered Inter-zone III to join the Inter-Zone III – IV Practical Hospital. Then he went to Viet Bac, together with a few students and associates built the Ear, Nose Throat Hospital in the safe forest of Viet Bac area, in charge of the Central Ear, Nose Throat and Viet Bac specialties. 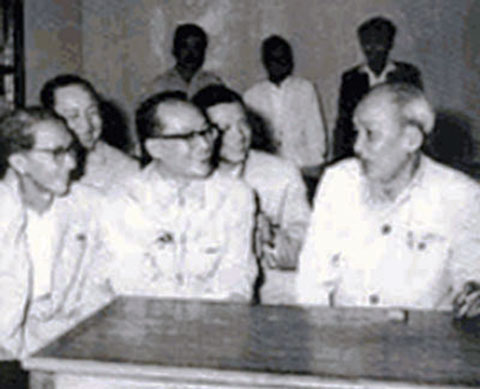 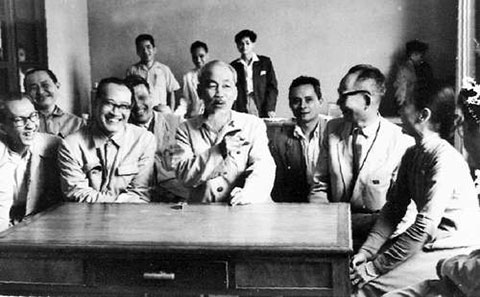 In 1955, Tran Huu Tuoc was one of the first 9 doctors in our country to be awarded the title of Professor by the Government along with Mr. Ho Dac Di, Do Xuan Hop, Dang Vu Hi, Dang Van Ngu, Truong Cong Quyen, Hoang Tich Tri. , Ton That Tung. Professor Tran Huu Tuoc has contributed to training, supplementing and building many ENT specialists nationwide. Since the first day when he returned home with Uncle Ho to start teaching at the Medical School, Professor Tran Huu Tuoc has trained more than 500 doctors and doctors specializing in otolaryngology. After that, his excellent students trained thousands more ENT doctors for hospitals nationwide. Today, Otolaryngology is a strong specialty in the Vietnamese medical industry . GS. Vo Tan wrote about GS. Tran Huu Tuoc is as follows: “We consider Prof. Tran Huu Tuoc to be the ancestor of the modern ENT specialist, although before that, there were Professors. Do Xuan Hop in the North and in the North. have BS. Cao Van Tri, BS. Nguyen Tan Loc specializes in treating ear, nose and throat diseases, but they do not do training or build a treatment network.” Prof. Vo Tan also wrote: “The influence of Prof. Tran Huu Tuoc for the medical profession is very big. After the Geneva Agreement, our country was temporarily divided into two North and South Vietnam . The enemy tried every way to attract the people to follow them especially for intellectuals. Some doctors waver. When we meet, the first question is: Are you staying or going? Someone boldly answered: Fear of nothing, Deprive it to live, why can’t I stay. I mean BS. If we are used to living happily in France, but we can also endure hardship, why are we not as good as him? So some of the doctors stayed and they contributed to the resistance against America.”

In addition to the task of building the ear, nose and throat industry, in November 1954, to gather medical staff from the resistance war, from the South and the temporarily occupied areas to stay with the new regime to build together Vietnamese medicine. Nam, the Government and the Ministry of Health also assigned Dr. Tran Huu Tuoc, a reputable physician in the medical world, has one more task, that is, head of the Campaign Committee to establish the Vietnamese Medical Association. . Together with BS. Hoang Dinh Cau – General Secretary, DS. Truong Xuan – Deputy General Secretary, the Board held many meetings with colleagues in Hanoi, built the future organizational framework of the Association and received the 2-storey private house of Dr. Nguyen Bach for the Association as the headquarters (now at 68 Ba Trieu Street). On March 3, 1955, 200 delegates including professors, doctors, pharmacists, dentists, medical doctors, physicians in both military and civil medicine, both public and private, held a congress to establish the Medical Association. Vietnam at Solidarity Club and Dr. Tran Huu Tuoc was elected as Chairman.

The Medical Association at that time had the following departments: Oriental Medicine, Internal Medicine, Surgery, Hygiene and Prevention, Dentistry, Otolaryngology, Neurology, Pharmacy, 4 branches (Hai Phong, Hai Duong, Nam Dinh, Self-contained area). treatment of Viet Bac) with 1,342 members (1,134 doctors, 185 pharmacists at intermediate level, 23 dentists, including 428 military pharmacists with high – intermediate level). During the Annual General Meeting (term II) in 1956, President Tran Huu Tuoc sent a letter to President Ho, the Central Committee of the Vietnam Workers’ Party, reporting on the results of one year of operation of the Association “achieved” some of the first results in the construction of the country’s medicine, worthy of a country standing in the bloc of people’s democratic and socialist countries,… and promised to unite the entire medical world to implement it. implementing the plan in 1956, … and exploiting the capital of traditional medicine as oriental medicine”. The third congress decided to separate the Oriental Medicine Committee to establish the Oriental Medicine Association. During the 4th Congress for the term 1958 – 1960, President Tran Huu Tuoc said: “In the past 3 years, from the date of establishment of the Association under the conditions and times that we know, to meet the needs and requirements. Due to the circumstances, our Association had a direction of operation, organizational form and some specific work necessary to do during that time.The Association had certain effects and achieved some results in the work that the previous congresses proposed in each field of activity, in each period of the Association’s development.In each development period, of course, there are directions and contents of work to respond to the situation. At present, one area of ​​the Association and some contents of the Association’s work already have historical value.In the new period, our Association needs to have a new direction of activities and go along with the direction of activities. That new movement requires organizational change”. The President also sent a letter to medical brothers and sisters living abroad, to medical brothers and sisters in the South, introducing the new Vietnamese healthcare industry and the Association’s activities, including: “The association has taken the first step. achieve scientific basis for Oriental medicine research to exploit the inexhaustible precious capital of the nation”. The congress elected Prof. Ho Dac Di was the President of the Association (Dr. Tran Huu Tuoc received the position of Director of Bach Mai Hospital from 1958 to 1969 and was the Vice President of the Association until 1983). Vietnamese Medical Association has grown with the development of the country. Each stage of the country’s development has a focus on work, has changed its name many times (General Medicine Association, General Medical Association, now General Medical Association) and is striving to become a professional society. in its true sense to contribute to the construction of a modern Vietnamese health sector and a combination of modern medicine and traditional medicine in Vietnam. 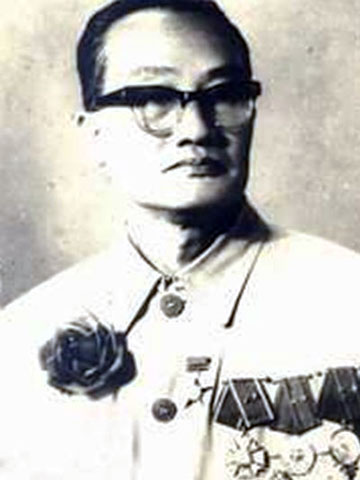 References: -Documents of the General Association of Vietnamese Medicine

About the Author: admin